or everything you should know about face slaps

What is a slap in the face?

The loud clapping impact of a flat hand on the cheek, which - depending on the force of the impact - causes redness and a burning pain, combined with the awareness  of "seeing stars".
In addition, it can come in a strong face slap - and by the surprise effect - to a second shock by short-term paralysis of the central nervous system.
Bitchslapped men usually rub their cheeks to reduce the burning sensation caused by the heavy blood flow, caused by the slap.

Why does the skin burn after a face slap and why does a red handprint appear?

The impact of the hand initially displaces the blood and then it flows back into the affected area.
This reflux causes burning and a redness identical to the impact surface (finger, palm), which remains visible for a certain time in proportion to the impact force and the sensitivity of the skin (a few minutes in the case of a pat, or several hours to several days on the edge of the impact surface in the case of stronger strokes).

With very powerful slaps, the skin remains pale even in those areas with the highest impact force and the redness is visible only in the form of the finger outline and can go to the bluish. Such marks on the skin are usually seen after several days, especially in sensitive areas such as the neck or cheek in a child or adolescent.

The psychology of a face slap

We limit this reflection to face slaps that are delivered by a woman to a man.
Firstly, it is very shameful for the man who receives a slap from a woman, especially when it happens in public and the typical clapping sound awakens the attention of other people.
Then there is the more or less reddened cheek that you can not hide from others.  And the burning of the cheek, which lasts some time, depending of the force of the slap.

The effectiveness of a smack with the open hand or a face slap depends on the following factors:

The mass of the slapping or spanking woman's arm:
The more massive or muscular the arm and the bigger or heavier the hand and the stronger the wrist (chiropractors, masseuses, weightlifters, volleyball players), the more effective the smack or the slap.

The final speed of the stroke:
The faster the end speed is, the stronger the impact of the hand will be and the more painful the smack or the slap will be.
Predestined for hand spanking or for handing out strong face slaps would be athletes from explosive strengths sports such as volleyball, shot put, discus throw, javelin.

The size of the hand:
The larger the palm and the longer the fingers, the larger is the impact surface and the more effective is the smack or the slap.
The most effective face slaps or the most painful hand spanking should therefore come from tall women who naturally have larger hands.

The arm length:
The longer the arm, the farther the way to the impact of the hand on the skin, the stronger the slap or the smack should be.

The size difference between the slapping woman and the receiving man:
If the one who delivers a slap in the face is taller than the one who receives the slap, the blow strikes the cheek from diagonally above and covers a longer distance than if it comes from below, and therefore has a stronger impact force. Face Slapping of very tall women with long arms (basketball players) should therefore be very effective and painful.

The shoulder width:
The power of a smack or a face slap comes for the most part from the shoulder. Therefore, women with broad shoulders should place the strongest face slaps or smacks, which would be e.g. swimmers, rowers, weightlifters, as well as athletes from the throwing and pushing sports.

Which types of face slaps are there?

The Left-Handed Slap (Starboard Slap):
Is particularly nasty, since one expects a face slap on the left cheek, the slap of a left-hander in the contrary hits the right cheek  (therefore also named starboard slap).
A left-handed face-slap is also more difficult to fend off, because one concentrates in slap-relevant situations on the right hand of the woman.

The Stereo Slap: Both hands hit at the same time on the cheeks (also called Double Ear Slap).

The Left-and-Right-Hand Slap: two face slaps immediately one after the other with the left and right hand.

The Backhand Slap: Face slapping beaten with the back of the hand, often in combination with a normal (slapped with the open hand) slap in left-right combination.
The advantage over the left-right slap:
Both slaps have the same power, while in a left-right slap from a right-handed person usually the smack with the left hand is less powerful.

The Sling-Slap: A slap that hits with such force that the victim falls to the ground because there is a major weight difference or difference in body size between the slapping woman and the man. For example, a 195 cm tall, 95-kg woman slaps a 160 cm, 60-kilogram man or teenager. Such slaps are particularly shameful and humiliating.

The sportswoman Slap: A faceslap that a sportswoman gives herself, often used by athletes to cheer themselves up.

The Dutch Slap: A slap that not only leaves a red mark on white skin, but also blue lines. They arise when the slapping woman does not spread her fingers, but leaves them closed and slaps so strong that blue-colored bruising lines on the skin of the victim appear.

The Groper Slap:
A slap that takes place immediately after the unauthorized contact of a woman by a man and therefore predictable. Mostly in offices, in the whirlpool, the sauna or in clubs, pubs to see and to hear. In the sauna and in the whirlpool such slaps are particularly painful (see wet slap).

The wet slap: Either the slapping hand or cheek, hit by the hand, is wet, so those slaps are particularly painful.

The Dud Slap: Is very rare. Happens when two people stand side by side and the one for whom the face slap actually is intended, moves his head. The second person then receives this face slap, which moreover turns out to be more powerful through the longer distance of the beating hand than if it had hit the one for whom it was intended. The surprise effect is extremely high for all concerned. In most cases, the person who was spared from the disciplinarian action initially, still receives the intended slap after all, then.

The Bitch Slap: The red marks of the fingers are visible on the cheek for more than 10 minutes. See picture ...

The Resounding Slap: A particularly loud face slap, either caused by a particularly large, strong hand or by the echo in certain locations such as in a gym.

The AnnDee slap: A slap distributed by a very tall or strong woman who also receives money for it from AnnDee.

The Watschen: A slap from a Bavarian or Austrian woman

How to face slap properly? 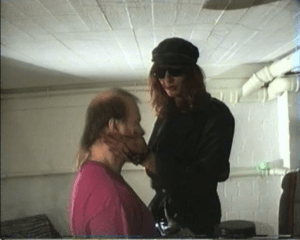 In my whole life, I have only met one woman who has mastered this perfectly and I was not afraid that she would seriously hurt me (eardrum).
The important thing is, first of all, that the slapping woman is extremely concentrated and the receiving man has absolute confidence to the slapping woman and remains completely quiet, without moving his head.

First variant: The slap is placed so that the fingers do not hit the ear. If the slapping woman (as in the photo) has a very big hand, only the fingers will hit the cheek. In the second variant, the slap is applied so that the palm meets the cheek and the fingers the neck (past the ear). However, this only works if the man is much smaller than the slapping woman, so that the slap comes from above.
In addition to the technology also plays a role, how much force is placed in a slap, so with really full power, with wide-reaching arm or with a shorter movement, behind which then physically not quite as much power can put.
Both variants have their own charms.
With a quick date in an elevator, a back room of a bar or under time pressure, I would prefer two bitchslaps with full force.
With visible fingerprints and the constant burning on the cheeks, when one separates then and has no time for more.
If you can spend more time together or as foreplay I personally like the second variant better. The slaps do not follow each other in succession, but also with breaks in between, so that the glow of the cheeks does not diminish.

Unfortunately, face slaps have come out of fashion. Therefore: How do you provoke a face slap?

Just ask a tall woman about her height. See video...

Just ask her: "Then show me what you can."

Just look in another direction when she enters the room

What fools men be! They stand perplex,
look sheepish or a little vexed,
instead of calling upon Science
to solve the thing by ergs or ions.
There swells the cheek, all lush and free.
Here hangs a hand. Add Energy.
Now, by the secret operation
Of extra-physical causation,
This Energy, at first but latent,
Becomes kinetically patent.
It yanks the hand up like a streak
And turns to Heat along the cheek.
This Heat is carried by the nerves
Through many complex twists and curves
To a compartment in the brain,
Where the effect is felt as Pain.
(Thermodynamics, ch. 3)

The word "Face Slap" in other languages

Gallery with faceSlaps in my videos -->>  to the Blog

My Maxim: A face slap every day keeps the doctor away! 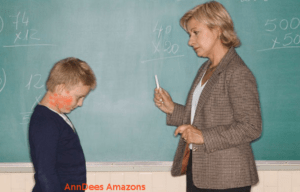 Fritzchen is asked by his teacher: "Fritzchen, which birds were formerly used to send messages?" Fritzchen bored: "tits". Then the teacher: "Could be, but could also be racing pigeons." Teacher: "Well, let's try again. Which bird is black and crows quite awful? "Fritzchen bored:" An eagle. "Then the teacher:" Could be, but could also be a crow. "Fritzchen now asks a counter question:" What is that, Mrs. teacher. When you put it in your mouth, it is hard and very firm, and after a while, when you take it out again, is it soft and tasteless? "The teacher goes to Fritzchen and hits him a sounding face slap, left and right. Fritzchen, rubbing his red, burning cheeks: "Could be, but it could also have been a chewing gum."

Why rubbing the cheek after a face slap? ( Blog )

How to face slap properly (Blog) 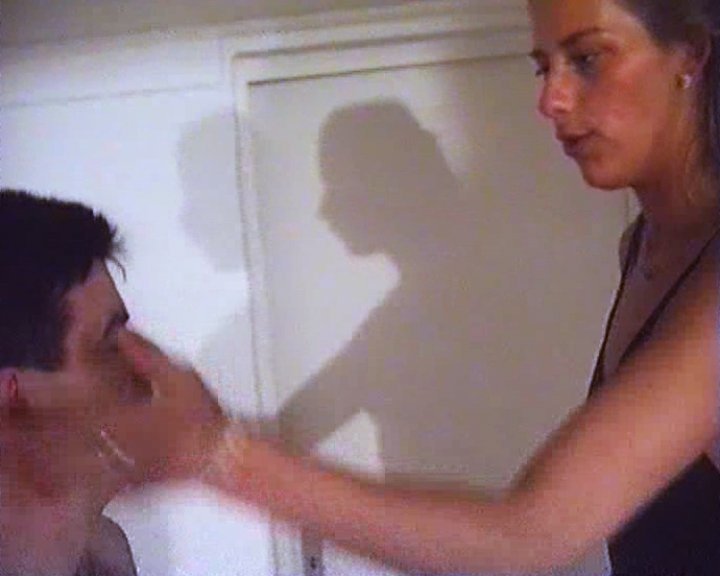